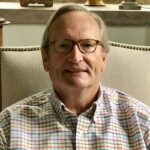 Over the last few months we have had the opportunity of presenting InterSurgeon to the surgeons of Africa. We would like to update you on these meetings and the impact that they have had on InterSurgeon.

In July the 3rd meeting of the Continental Association of African Neurosurgical Societies (CAANS) took place in Abuja, Nigeria, under the Presidency of Professor Abderrahmane Sidi Said. The programme was an excellent mix of topics and began with a session entitled The Role of Neurosurgery in the African Renaissance, which was a combined CAANS – WFNS educational session. This session concentrated on issues of training and resource allocation within Africa and especially in Sub Sharan Africa where the need is greatest. During this session we were able to give a presentation on InterSurgeon and progress so far. This seemed to be very well received and by studying the InterSurgeon matrices we were able to see an increase in website visitors and also some new members were recruited. Gail Rosseau, InterSurgeon champion for adult neurosurgery, also featured strongly on the programme and reported on the WHA meeting which had taken place in Geneva in June, as well as taking part in the Women in Neurosurgery Session. The programme also included a paediatric neurosurgery session which featured Graham Fieggen, ISPN President and trustee of InterSurgeon. The meeting ended with the inauguration of the new President, Prof Mahmood (Moody) Qureshi, who is well known for his humanitarian works in Africa and who has recently instigated neurosurgical workshops for the COSECSA training programmes in East Africa. During the meeting Gail Rosseau and William Harkness met with Kenan Arnautovic, in his capacity as representative of the American Association of Neurological Surgeons (AANS) to discuss the possibility of the AANS joining us as partners. These talks are ongoing and will be continued at the upcoming joint AANS/CNS pediatric section meeting in Nashville in December.

The International Society of Pediatric Neurosurgeons (ISPN) recently sponsored an International Course in Pediatric Neurosurgery at the Institut Confucius, Universite Cheikh Ante Diop 2, Dakar, Senegal, September 13-15, 2018. More than 40 participants from 13 countries across francophone Africa attended lectures on management of brain tumours, spinal dysraphism, hydrocephalus, traumatic brain injury and CNS infections. Lectures and discussion were moderated by ISPN faculty from Brazil, France, India, Uganda, South Africa and the US in both French and English. The course was graciously organized and hosted by Dr Seydou Badiane, President of La Societe Senegalaise de Neurochirurgie and Chief of Neurosurgery at the FANN Hospital in Dakar. Dr Badiane currently directs one of the busiest and academic neurosurgical programs in West Africa. The department currently provides advanced adult and pediatric neurosurgical care to a large population, and also serves as the reference neurosurgical training program for the region. InterSurgeon was briefly presented at the meeting and met with great enthusiasm by participants.

The 12th biennial congress of The Pan African Pediatric Surgical Association (PAPSA) took place in Addis Ababa in November under the Presidency of Prof Essam Elhalaby from Egypt. The meeting attracted delegates from 12 African and 5 non-African countries. The meeting was attended by Prof Kokila Lakhoo from Oxford UK who is the current President of the Global Initiative for Children’s Surgery (GICS), Mr Richard Stewart President of the British Association of Paediatric Surgeons (BAPS) and Dr David Sigalet President of the World Federation of Associations of Pediatric Surgeons. This was the perfect forum to explain InterSurgeon and to give an update of the progress within the Surgery for Children section. I am very pleased to announce that Dr Marilyn Butler, who has worked extensively in the area of mapping Global Surgery initiatives in paediatric surgery, has agreed to be the Champion for the Surgery for Children section of InterSurgeon. She is working with our programmers and the profile should be ready shortly and we shall then do a soft launch in the next month with a view to a full launch in January. We also had discussions with Dr Sigalet and Mr Stewart, both of whom expressed a willingness for their organisations to become partners of InterSurgeon. In addition, WOFAPS is a member of the G4Alliance and as such we hope that they will also have an opportunity to join the NGO section if this goes ahead in the future. Professor Alp Numanoglo from Cape Town was inaugurated as President at the meeting and the secretary of PAPSA, Dr Adesoji O. Ademuyiwa from Lagos, Nigeria is collating membership details of PAPSA so that their members can be contacted as soon as the surgery for children section goes live.

It has been a busy few months and InterSurgeon has been represented to a number of different organisations within the Africa Subcontinent . The reception has been universally favourable and we look forward to extending our partnerships in Africa over the coming months.